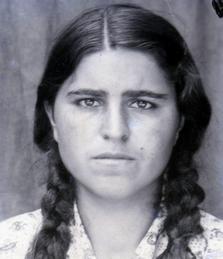 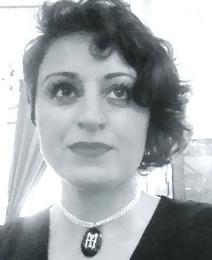 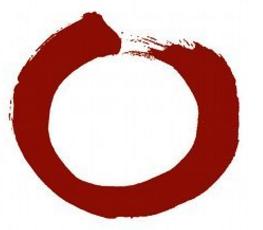 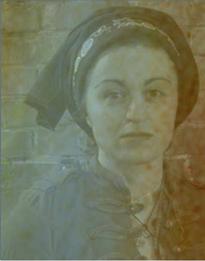 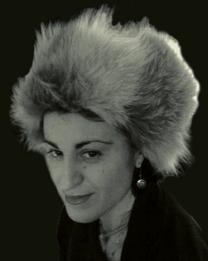 ​When I think of home, the feel and the smell of her honeycomb, it takes me to the mountains of my grandmother, and the shimmering voice of my great-grandmother, whose name was Bedir- “like the Moon above, I was so beautiful” she would say. Moon is home to many a pagan woman before Judeo-Christianity and Islam.

Emotions are deemed or supposed to be secondary to the rational human. Most often, the law of the rational-western-man collides with that of Nature.  For Nature has  a law of its own,  one that is not bothered by man-made-rational-intellect; it might be altered by it, but ultimately it will be men who will always yield and /or participate in his/her own destruction.

Art gives us an outlet to try out our emotions in a safe space. The mystery, like emotion, is considered feminine; and it is not always meant to be known intellectually.  From the perspective of a man, the other sex, Einstein put it most eloquently: "The most beautiful experience we can have is the mysterious. It is the fundamental emotion that stands at the cradle of true art and true science.”

Following the leads of the Greeks, Thomas Aquinas and St Augustine, further established the rules of masculinity and femininity in Medieval Europe. Later the Prudish Protestants got rid of women in the church all-together. Love of the mysterious women turned her both into a Mary the holy mother and Magdalene the whore, stripped naked of her dignity and fully clothed with divine grace. Celebrated as a mother, burned to stake as a witch. The 1939 film The Hunchback of Notre Dame is a primary example of the masculine in crisis: a priest in love with a gypsy woman sees burning her at the stake as his only salvation from the emotions stirred amorous love. It takes “lesser” man in love to save her from certain death, the symbolic Hunchback.

The language I use is a fusion of poetry, literature, structural history, philosophy, writings on feminist film theory, art theory, Marxist theory, Marxist feminist theory, and newspapers, magazines, films and journalistic and academic reading and writing. I want my words and my work to function as one of an activist, artist, scholar, feminist, and journalist. I do come after all from the land of the Amazons, the Eastern Black Sea of the Western Caucasus Mountains. I aim to take on the Aeschylus’ Oresteia no less!  Not entirely with this work in particular, in my life in general. Aeschylus’ blatant opposition to women in power has now become the norm for the practiced misogyny. Such norms are hard to subvert and even harder to change, sometimes requiring revolutions. But as Goethe had said, revolutions destroy the good as well as the bad, in order to create a new.  From that point of view, the immigrant life is a daily revolution, both forced and voluntary. Old is no more, home is left behind, and the Turk must make a new one in Goethe’s Germany.