We need to go beyond the neatly packaged Orientalism, which contributes to the West's self-serving political and cultural war against the Middle East through the bodies of women.

MUSLIM WOMEN IN THE MEDIA by Filiz Cicek

From 1001 Nights to Gerome’s paintings, from Rudolph Valentino to I Dream of Gene, the West has been simultaneously fascinated and terrified with the East.

​Such Orientalist attitudes increased during the Bush Administration’s neo-con era, and are often reflected in the US media. Sabrina Tavernise’s piece in The Times was and is case in point. The article roots for the rebellious female teens of Turkey who are fighting for the right to wear an Islamic headscarf against the secular government. The piece also features a picture of a bride, whose upper body is covered, while the lower remainder is exposed, as if in a Can-Can dance hall of 19th century Paris. The thrust of the article is to evoke sympathy for the religiously “oppressed”, but in true orientalist mode, it romanticizes while ignoring the complexities of the issue. The elephant in the room, however, is the fact that Islam, like most other religions, is just as sexist and oppressive to women as secularism can be. The secularism these women are fighting against is ironically the one that enables them to empower themselves. Where else in the Middle East would they be offered such freedom to dissent? The one sidedness of the article ignores the millions of modern secular Turkish women who choose not to cover. Is it because they would conjure up familiar feminist notions, and hence would not be as exotic? The piece exploits difference. It does not tackle the headscarf issue head-on, and therefore provides only a superficial treatment of a serious socio-political phenomenon.

Had the piece tackled the issue from the secular women’s point of view, it would have given us a glimpse of the fear these women have of the increasing power of religion in Turkey. Demonstrations, campaigns, and fear have never been stronger in the last 80 years than during the religiously based AK Party rule. Yes, the freedom of choice regarding the headscarf is important, but not having to be sexually, morally and physically harassed because the length of your skirt doesn’t measure up to the standards of Islam is also important.

As a woman, I certainly would not like to be told what not to wear or to cover my hair. What I dislike even more is Islam’s designation of women as the gatekeeper of sexual virtue. Why is it that women are the only ones required to cover? Are all men potential sexual volcanoes, ready to erupt at the mere sight of a woman’s hair?

Secularism may be dogmatic at times but Islam, like most religions, represents an even stronger dogma and its borders go beyond Turkey. One can question secular ideologies, but the moment one questions religion, it is blasphemy. As a woman I am inclined to choose, not religious freedom, but freedom from religion.

So I say to the young girls in the article who have the strength and the courage to fight for their freedom to wear the headscarf, start your process of empowerment in the house of God. It is there where you are treated as a second-class citizen, required to stand behind men. Fight for the right to partake in Friday prayers, religious and funeral rituals, praying next to men, not behind. When you physically stand behind men, in time you will mentally come to stand behind as well and defend that second-class status.

I do not wish to abide by the rules of religions whose prophets and imams are solely male. I respect those who do, but I will not actively take part in their struggle. When they participate in protests against honor killings, domestic violence and the current Turkish government’s attempt to reduce sentences for marital rape, I will then reconsider my position. It is secularism that elevated Turkish women from one-man equals two women status — which was the practice in Islam. Yes, Islam did give certain rights to women long before the West did, like owning property and businesses, but it also allowed polygamy.

And yielding power to men whether through religion, secular or other ideological means, doesn’t serve men or women well either. Power comes with responsibility and, yes, with burdens. When a man kills his adulterous wife (no such punishment is widely exercised for men) to restore his honor both of them, woman and man, suffer — one by dying, and the other by living as a murderer.

Articles presenting the American audiences with 1-part information, 2-part entertainment with Orientalist tendencies do not help anyone. There is a painful history behind the secularization of Turkey that Ms. Tavernise reduces to an authoritarian Kemalism within one sentence. What if the tables were turned and the Turkish audiences were to read of religiously oppressed American teenagers who are fighting for the right to pray in public schools? Would they then see the separation of church and state in America as mere authoritarianism?

This is a very serious topic, a life and death situation for some women, and it needs to be tackled with well informed intellectual curiosity that doesn’t dismiss, but grasps the nuanced complexities of the situation. We need to go beyond the neatly packaged Orientalism, which contributes to the West’s self-serving political and cultural war against the Middle East through the bodies of women. On the contrary, it makes the job of the human rights activists in the region a lot harder since it gives ammunition to those who are anti-west, enabling them to render feminism as an Occidental plot. So I say to everyone who partakes in turning the headscarf into an international political symbol, stop using women’s bodies as a tool, my body is not your battle ground in war against global terror or anti-imperialism. 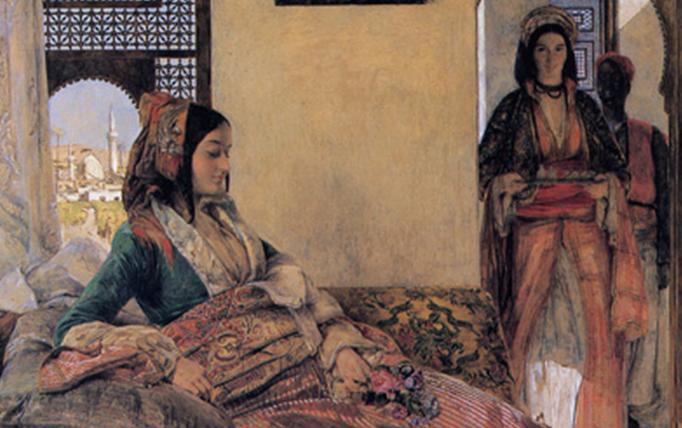